Buying Time for Christmas: a guide for UK Trademark Opponents and Applicants 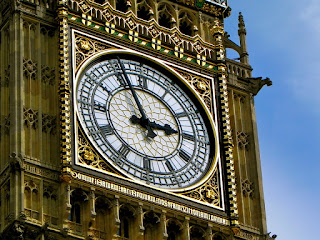 This is the season when many trademark agents look at their docket and realise that some of those imminent deadlines (and maybe even ones early in the New year) can't possibly be met now that their clients have run off to enjoy the Thanksgiving holiday without providing the material that is needed for their evidence in a UK opposition.

If you read The  Manual of Trade Marks Practice  - the bible of practice published by the UK IPO -  Paragraph 4.9.1 of the Tribunal Section chapter at page 438, you will obtain the impression that extensions are not readily available:


"The timetable is to be adhered to. It provides more than enough time, in the vast majority of cases, for facts or submissions pertinent to the pleaded grounds to be gathered and presented to the Tribunal. Parties should not regard this timetable as a ‘starter for ten’, to be varied at a later date. The Tribunal will, in exceptional cases, consider requests to extend the time allowance. Such requests will need to be fully supported with explanations as to not only what has been done to date but, more particularly, what is left to do and how long it will take to produce the evidence. The Tribunal will also need to be satisfied that the extra time is warranted in the context of the pleaded grounds and what is necessary to determine the case efficiently and fairly."

Therefore a trade mark applicant might reasonably expect things to move along. For the new business applicant this can be necessary, especially if there are investors concerned about a shadowy or real threat of infringement proceedings following on from a successful opposition.

If you read the cases published on extensions you will find this hard line endorsed.

In ZILLION O-193-16 Ann Corbett refused a retrospective extension of time. It was a cancellation action, rather than an opposition and it would have been possible for the case to be re-started. Nevertheless, Ms Corbett held


"Despite the fact that evidence has now been received, and notwithstanding that this may lead to the commencement of another action between the same parties covering essentially the same subject matter (a matter on which the applicant may wish to consider seeking professional advice), I was not persuaded, in the circumstances of this case as set out above, that the requested extension of time should be granted. The request was therefore refused."

Note that these were litigants in person and you, my friend, are more likely to be a professional and know that you regularly get extensions with the flimsiest excuses if the evidence is in by the time of the hearing and there are other grounds so that the case will not close. If you have  a decent reason and can show reasonable efforts you are even likely to get the extension in response to a request without a hearing.

If the UK Registry provides an indication that the extension will be allowed there is absolutely no point in the other party objecting. It will be futile and will simply increase their costs and costs exposure. Never do it. Hearings arise when the UK Hearing Officer is minded not to allow the extension. When the requesting party would prefer the initial indication be maintained they will likely put some effort into preparing for the hearing. The first thing to do is ask your counterpart if they plan to have evidence submitted in time. If they do, back off and forget it. Of course they may deceive you, which is unprofessional, or simply not answer.

If you fail to have the evidence ready for the hearing life can be harder as even a professional representative found in ALOHA  where on 27 April 2016 Heather Harrison refused an extension to an opponent without completed evidence, with this level of reluctance:


Whilst I am satisfied that the reasons in support of the original extension request were sufficient to justify the length of time granted, nothing has been provided to persuade me that the opponent has taken any steps to finalise its evidence in the intervening period. Whether the parties continue to negotiate is clearly a matter of uncertainty. In making my decision, I have kept in mind that an apparent lack of diligence by a party does not mean that an extension cannot be granted. I have also considered Ms Hobbs’s request that I impose a further, final deadline and I have some sympathy for her position. However, in the absence of any information about the current state of the opponent’s evidence, let alone an assurance that it is near completion and will be filed imminently, it would not, in my view, be appropriate to allow the opponent further time

Once again this decision only came to be published because it led to closure of the opposition file.


"Failure to Copy to the Other Side or to Provide Detailed Reasons Will Result in Refusal of the Extension."

This is also not true, but why risk it.

There are also alternatives to an extension. If there are negotiations or you could initiate some, you might be able to persuade the other side to agree a stay. That has the bonus of not requiring a fee, but you do need consent and you still need to support it with convincing reasons for the request. Turn to page 439 and section 4.9.2 of  The  Manual of Trade Marks Practice  .

So if you need to buy time, remember: