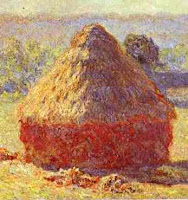 Pete Fellows' latest piece on employment in the patent attorney profession makes interesting reading. In "Electronics Patent Attorneys No Longer Grow On Trees But They Might Be Hiding In Giant Haystacks" (here), he suggests that a pre-recessionary state of affairs has apparently re-emerged:


"Towards the end of 2009 and through the beginning of last year, I noticed a very unfamiliar trend. That was, for the first time in a very long time, there were more patent attorneys with a technical background in electronics looking for work than there were jobs.

In an absolute reverse of where we stood in February 2010, there are now many more jobs than there are people for them. The options for electronics patent attorneys are myriad and there is certainly no shortage of firms clambering over each other to find a new a recruit in this area.
However the picture is not necessarily as simple as it might sound. There do remain some difficulties for this now coveted category of Patent Attorney. ...

It might be easy to move private practices but getting a job in industry is still extremely difficult.... The problem is that there are quite a lot of Attorneys who do fancy moving but are not particularly interested in another private practice. These are the people that seem to appear from nowhere when an industry position arises. Salaries for industry positions are nowhere near what they were (and getting a bonus of any size can be arbitrary at best; as difficult as mowing the lawn with nail clippers at worst) and hence added to the tough competition for in-house positions is a need to compromise on earning potential far more than many are prepared to stomach....

It’s also not necessarily easy for Attorneys who either are, or nearly are Partners and wish to move to a competing firm. There has been an apparent and brutally quick upturn in work across the electronics sector but practices themselves are in many cases still suffering from at least two years of economic uncertainty. This has a few implications: 1) Equity Partners are less interested in reducing their own share of the pot; 2) Firms are less interested therefore in hiring attorneys that might be banging down the door for partnership; 3) This has meant that the surge in demand is really only at part qualified, newly qualified and recently qualified levels. Having a client following does help circumvent the politics to some extent, although as getting work in electronics is not really the problem for many firms it is far less attractive than one might think ....."

Do readers of this weblog agree with this analysis?
Posted by Jeremy at 22:03 11 comments:

Skipped away at lunchtime to the Tower - there to partake of luncheon and a seminar from @IPKat. The law firm, RPC were hosting in their glass castle set beside the water of St Katherine's Dock where once it was suggested OHIM might reside in London.

Jeremy announced as an appetiser that the idea of a small claims track for IP disputes that was suggested by Hargreaves is to be implemented.

Paul Joseph an RPC lawyer took us through the basics and differences between breaches of IP and contract. A bit of contractual interpretation law followed with reference to the leading cases ICS v West Bromwich 1997 on basic principles from Lord Hoffman, followed by AG of Belize on implied terms and finishing with the Supreme Courts Rainy Sky case advicating business common sense (2011 Lord Clarke). Then he tested our attention by seeing what we thought the punch line of a greeting card would be. It was the lesser of two Weevils so the intelligent follower will know he was talking about the Deakin v Card Rax 2011 case.
Trade mark licensing then came under the spotlight with special attention to competition law issues and territorial restrictions. Finally we touched on IP rights in products that turned out to derivative products in Global Coal.

We were then handed over to Neil Wilkof on the subject of sub licensing, a subject which has apparently not troubled the English courts, excusing a diversion into the more beloved US law. The Carey case is from 1964 and attempts to distinguish it from a situation where licensor gets someone else to produce the licensed goods. Next we had an intrinsic definition from Canada as opposed to Carey's comparative view. Next he strove to find a rationale for sublicensing. I wasn't sure why we needed one. We didn't need an excuse to create multi - level goods distribution. That was an aside as Neil is now into the delights of Scandecor and by point 5 he says let's forget the case law. The panic seems to be about never creating an unwanted agency arrangement.
Another of Neil's favourite US case is DuPont 1985 which comes from Delaware. There was a *have made* contract and then a contract to sell back to producer to deal with. This was to get round a prohibition on sub licensing. It was neatly tailored drafting but even so the Appeal decided it was a sublicense neverthless. You want more, ask Neil for the slides. There is no photograph because he keeps walking in front of the bright light. 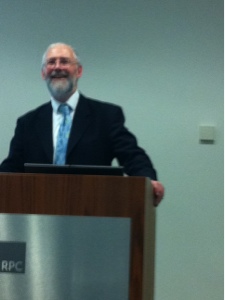 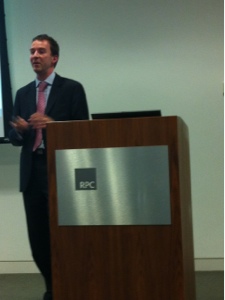 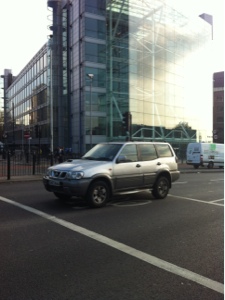 The End of Representative Bodies

Back in April my professional body and that of at least some of you made an announcement seeking any interest for a specialist interest group for SOLO practitioners. I reported it here. In the October issue of the CIPA Journal the Business Practice Committee report that the suggestion is not viable. There is also an announcement that says:


In the April 2011 Journal, page 206, we asked for views from those practising as sole practitioners or in small firms, as to whether CIPA and ITMA could help establish some form of support network.
We received a handful of positive responses, but the overall level of interest was, we feel, insufficient for the Institutes to set up a formal support scheme at this stage.
However, we remain open to suggestions from CIPA and ITMA members should there be a desire to organise something in the future.We will also do whatever we can to support such future initiatives, for example in the ways suggested in our April 2011 note.
In the meantime, we will continue to help individual practitioners who need guidance and support from their representative bodies. Advice on specific business practice issues can be sought directly from the Joint CIPA/ITMA Business Practice Committee; more general information is also available in the Business Practice Guidance Note which is available through the websites of both Institutes.
We would also urge those who work in small practices to join the CIPA and/or ITMA LinkedIn forums. These provide a good way of keeping in touch with, and sharing experiences with, other attorneys, and a convenient mechanism for raising questions and initiating discussions.
If you are ever in need of support or guidance from either CIPA or ITMA, please don’t hesitate to get in touch with either Mick Ralph (MichaelR@cipa.org.uk) or Keven Bader (keven@itma.org.uk).

So where does this leave the SOLO practitioner in relation to our alleged representative body. Now that regulation has been separated out, we need to decide whether next year's subscription is really worth it.  Most of the work of CIPA and ITMA is carried out by volunteers drawn from the retired and larger firms and its not always at all representative of my thoughts on a topic. It certainly does not do a lot of canvassing of opinion amongst the membership. CIPA membership used to be essential to the student as a primary source of free professional education but all current educational offers are subject to a price tag. So will I pay to use the letters CPA next year?
If you are a member of CIPA what do you think