HM Treasury have recently announced a further consultation on the plan to introduce a *patent box* to allow companies taxed in the UK to reduce their corporation tax liability to 10% on profits arising from patent exploitation. When first announced this was only going to affect licence income for new patents and I suspect most of the patent profession ignored it as yet another empty political gesture - which it was.

The plan today is however very different and now that it covers the embedded income generated by an an innovative business making a profit, it does seem to have the real potential to encourage innovation and the exploitation of patented technology.


It is definitely worth bringing to the attention of your clients. It seems to me that we should also be looking at cooperating with accountants. The consultation is being led by the Treasury with the support of a working group consisting of a number of large patent holding businesses. No doubt they have accountancy teams well able to work out the complex calculations needed to claim this tax relief. To be fair to the Treasury, the approach is delightfully formulaic and probably doesn't require too much academic flair.
However, the truly interesting question is going to be assessing whether there has been  incorporation of the patented invention into the product that is generating the profits. Definitely a role for the patent attorney. Sadly, we have all seen the business that files a patent but sells a product outside the scope of that patent.

Another real issue that I think we need to address is that the proposal is that a patent will qualify for the patent box in full from the date of grant. You can use the UK and EP patent. This is certainly going to create a much greater demand for the early grant of national UK patents and we need to be on to it now. I have long been an advocate of the combined search and examination procedure which results in both early grant and enough information to decide whether PCT and other foreign patent protection is justified. Of course, it's not that often a patented product generates much profit in its very early years. That, surely, is the point of the patent. The innovative company needs the patent to secure a longer term monopoly in order to make a profit. Now, the government proposes to allow innovative companies to keep a good deal more of that profit. Nice.

The period for response to the consultation expires on second of September 2001. However, if you want to be in on the working group nominations for additional members should be sent to corporatetaxreform@hmtreasury.gsi.gov.uk by 24 June 2011. 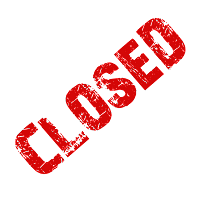 Firms cease trading: this is an inescapable fact of life and we are all aware that it can happen to a big firm as easily as to a small one.
Closing a practice cannot be an easy thing to do. It may involve loss of face and a degree of personal embarrassment as well as requiring labour for which it is impossible to charge anyone. Files and records must still be kept, or provision made for them to remain accessible, for such time as they may be needed. Closing accounts must be prepared. Also, anyone closing a practice but proposing to practise as an IP professional in the future, whether as a relocated sole practitioner, a fee-earner in a larger practice or in-house, must prepare a CV or trading prospectus which combines the truth with as much damage limitation as is compatible with it.

I suspect that several readers of this weblog have been through the same, or similar, experiences within their own careers. If any of them have comments, suggestions or advice for handling this sort of situation, this blog is willing to host them.
Posted by Jeremy at 09:01 6 comments:

Representation in court: anyone for some data?

I expect that most readers of this blog are far too busy to undertake some research into the quantification of data concerning representation, but it would be good if one or more kind souls could go through the available data -- for example that provided by the UK Intellectual Property Office in the form of posted decisions in hearings on registrability, oppositions, cancellations etc -- and see how frequently the parties are

It would be even better if they could check this data against appeals, to see whether, and if so how often, clients retain their original representative at a higher level or change to a bigger/smaller firm, etc.

Is anyone interested in coordinating or participating in such research? If so, do let me know.
Posted by Jeremy at 12:14 No comments: