I was encouraged to see from a Law Society Gazette article that my former firm, Nabarro, was pursuing its clients for unpaid fees. It is tempting to give up on the credit control because it is difficult and embarrassing. Personally, I have been happy to agree payment schedules with clients. It keeps you in touch and a bit of tolerance and concern can build rather than destroy a client relationship. Be brave, pick up the phone and talk to your debtors.

Until I went to the excellent CIPIL conference yesterday, I had not realised I was not up to date with the current law on trade descriptions 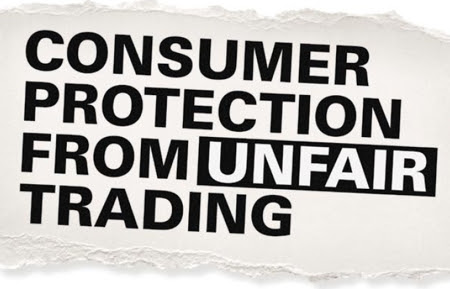 . It seems to me important for trademark attorneys to have an awareness of the regulations governing their client's advertising and promotion work. So here are my inadequate notes for you to share.

On 26 May 2008 important parts of the old faithful Trade Descriptions Act 1968 were repealed are replaced by the Consumer Protection from Unfair Trading Regulations 2008 (CPR). This is European legislation and implements the Unfair Commercial Practices Directive (2005/29/EC).

So what is it all about. Dr Jennifer Davies gave us the first heads up that we might be out of date and explained how the trademark attorneys well known friend - the average consumer - has evolved into three distinct persona in this legislation. There is the usual one, the targeted one and the vulnerable one. Just as for trademark law it is how they see things that determines which misleading actions/omissions and aggressive practices are criminal. Professor Geraint Howells of Manchester University took us through the details and discussed the variety of ways the law has been transposed within Europe. Clearly with many continental jurisdictions being used to quite tight controls on unfair competition, the impact of the law is quite variable as yet. Professor Ansgar Ohly from Germany was able to reassure us that in his jurisdiction English concerns that our three consumers might not pervade the entire scheme were unfounded.

The legislation has a list of 31 no-no practices that are always considered unfair. They cover a diverse range from pyramid selling(14) the perpetual closing down sale (15), free goods which are not (20), scam invoices (21) and false claims for patent medicines (17). No 2 is of interest to trademark attorneys because it outlaws the displaying of a trust mark, quality mark or equivalent without having obtained the necessary authorisation.

For activities not on the black list, you look at Article 5 and ask whether it will distort the economic behaviour (you know about that from the ECJ in the recent INTEL case) of any of the average consumers.

This is consumer protection legislation and if one business wants to complain about his competitor's activities as being unfair, he would have to assert that they were in breach of their statutory duty if he wanted to bring civil proceedings. Someone in the back suggested there might be a case involving Richard Spearman involving Tiscali and/or BT so we may find out.

So far it does not seem that the Trading Standards Services which are tasked with enforcement have shown enthusiasm to use this legislation to stem supermarket lookalikes although some would say that marketing such products is a commercial practice which creates confusion with any products, trade marks, trade names or other distinguishing marks of a competitor (Reg 5(3)a transposing Article 6(2)). The British Brands Group certainly believe that these products are likely to cause the average consumer to take a transactional decision that he would not have taken otherwise.

There is a useful page on the BERR site with further guidance for business.

All errors are mine and not those of the eminent panel who certainly contributed to my CPD yesterday. This was only a small part of an excellent and very well organised day. Thank you.
Posted by Filemot at 11:36 1 comment: 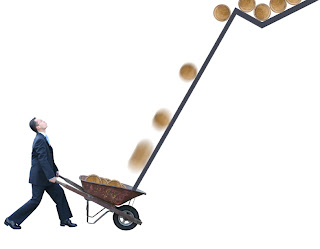 The OHIM fee reduction sounded at first like a great sales pitch to raise business - until you realise that there is no implementation date and no idea of transitional provisions. What do I say to prospective applicants? Surely the ethical advice is to wait until your client can save.
Now the UK IPO has joined the band wagon but their fee reductions have a prospective implementation date 1 October 2009 - the need for consultation precludes taking the other change opportunity of 1 April 2009 - who is the fool here? - practitioners who insist on consultation.
This FT article suggests a price war between the offices but it seems that we are the ones to lose out. While businesses planning re-brands and product launches must continue to protect their trade marks, filing is generally a discretionary spend in the small and medium sector. Best to wait then.
Lets hope the drafters of the OHIM regulation can give us some guidance on policy soon. Perhaps announcing that the registration fee for marks filed since the announcement would be abolished. That would mean that filing now would be cheaper. Go on Europe - give us a stimulus.
Posted by Filemot at 07:43 1 comment:

Fordham Reaches Out to SOLO practitioners

The big picture is because this is an all time first - a special SOLO practitioner rate advertised to the IP world to show we are wanted, loved and respected. So get on there and register before the Pound drops any further. Barristers and other solos should turn up in force.

The official website is www.fordhamipconference.com The programme is being updated all the time but the key is audience participation and there are many excellent speakers to tempt you to spend some quality time in Cambridge in April. See you there
When I saw the first announcement of this confered
Posted by Filemot at 19:57 No comments: