Were you hoping to get some outsourced US patent filing work?

Bad news if you're a non-American (is the term 'alien' still used?): the Strategic Manufacturing & Job Repatriation Act seeks, among other things, to develop a national manufacturing strategy to create American jobs:

Protecting American intellectual property is achieved by "restricting unnecessary foreign access to pending patent applications". Or am I reading too much into this?
Posted by Jeremy at 17:02 2 comments:

Is it worth being an IP attorney litigator?

Writing in the current issue of the Journal of Intellectual Property Law & Practice (2010) 5(8):602-607 (JIPLP), fellow blogger David Musker (Jenkins; Class 99 blogmeister) has an article ("IP Attorney Litigators: will they fly or die?") on the viability of patent attorney litigators in the United Kingdom. David's abstract runs like this:

"Legal context: The Courts and Legal Services Act 1990 opened the way for bodies such as the Chartered Institute of Patent Attorneys (CIPA) and the Institute of Trade Mark Attorneys (ITMA) to certify litigators licensed to act in competition with solicitors in England and Wales. There are currently almost 100 such attorney litigators in the UK
Key points: The author makes use of comparative and demographic data to study the profiles of attorney litigators, including routes to certification, seniority by years post-qualification, gender. He explores comparisons with other UK hybrid legal professionals such as licensed conveyancers.

Practical significance: UK solicitors are at no risk from other professions within the UK. Even any competitive price pressure in UK IP litigation is far more likely to be intra-professional, from rival firms, rather than inter-professional. Regardless though of whether the CIPA and ITMA certification schemes ultimately live up to the competitive aims of the 1990 legislation, they are certainly capable of meeting more modest goals of "upskilling" the IP attorney".

If you are thinking of adding this qualification to your range of existing skills and talents, it's worth reading this article first. It has some interesting statistics too.

Case Law and IP Commentary: Searching for the Law 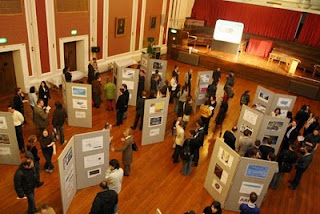 This morning I had to check out some cases on tactile trademarks. Since I have a Westlaw UK IP subscription, that was not a problem for me. Do you want one too?

The subscription is available to a solo solicitor, patent or trademark attorney or legal consultant but not a practising barrister. Its OK if you employ some support staff or even work with a partner but if the subscriber has more than 3 fee earning employees its not solo.

We are a very friendly group and are hoping to organise a WEBEX training session so our Westlaw representative can show you how to get the most our of the service and get just as much enjoyment from leaving through Kerly or the CIPA Black Book online as you do from making a trip to the library.

I have been using Westlaw on my iPad - very satisfactory. Great excuse to buy yourself one.
Posted by Filemot at 15:36 4 comments:

Email ThisBlogThis!Share to TwitterShare to FacebookShare to Pinterest
Labels: westlaw

This month I will blow my own trumpet: the June edition of my IPso Jure Lawcast is now available for download, featuring such exciting developments as Bilski, Edwards (and "reverse-Edwards"), Flos, the Court of Justice on whether perfume testers are “put on the market” (in the Lancaster case) and a malicious falsehood case in which the Court of Appeal rejects the single meaning rule (Ajinimoto Sweetners). It runs for about 75 minutes, meaning it's hard work for an hour's CPD, but there's a lot to talk about.

Download it, and the notes, from www.ipsojure.co.uk/p/lawcasts.html. The downloading part is still free, but if you want to get CPD for listening you must register - instructions and fees on the site.
Posted by Peter Groves at 16:50 No comments: 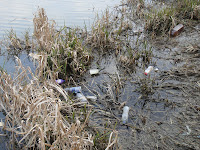 Now that the US Supreme Court has handed down its Opinion in the notorious Bilski case, the only thing our clients want to know is does this mean they can get software and or business method patents in the USA. Many Europeans have been sending clients to the US when they have to disappoint them that their ideas are not patentable in Europe. My conclusion is that if you could still get a business method patent it would be as much use as the collection of rubbish in my picture. As to a software patents, they seem to be much where they were before.

Indeed the Supreme Court seems to be saying let nothing change. The only exceptions to patent eligibility remain "laws of nature, physical phenomena and abstract ideas".  That come from previous Supreme Court cases. The concept of hedging which was Bilski's alleged invention was deemed abstract and not patent-eligible. The main point of the Opinion is that the machine and transformation test is not the exclusive test for whether a process is patentable. It just provides a clue to the answer. Again this was also part of existing Supreme Court case law.

Bilski seems to have been much delayed because of a difference of opinion between two groups of judges. The Opinion of the Court was given by Justice Kennedy. He held that a business method had to be a process within the scope of the Patent statue because of a defence introduced in 1999 following the State Street case that opened the floodgates for non-technical patents in the USA:  Kennedy says:


Under 35 U. S. C. §273(b)(1), if a patent-holder claims infringement based on“a method in [a] patent,” the alleged infringer can assert a defense of prior use. For purposes of this defense alone, “method” is defined as “a method of doing or conducting business.” §273(a)(3). In other words, by allowing this defense the statute itself acknowledges that there may be business method patents.

Justice Stevens strongly disagreed and said that Section 273 is a red herring. He clearly wanted the Court to give a clear statement that methods of doing business are not patentable "processes".

There is some great material in the Stevens Opinion about the underlying policy of the Patent system. It is quite gratifying to see the recognition of the English influence.

Overall if you are a business man, please do not take your business ideas to the patent attorney, use them. Your investors may think you ought to patent them, if the competition is doing so. I suggest you tell them that means your competitors are not focusing on their job. The fear of  course is the troll with a patent. Justice Stevens offered this crumb of comfort: