The group of trade mark cases on band names was recently added to by the decision of Oliver Morris in BONZO DOG DOO DAH BAND on 30 October 2019 (O-664-19).  There was also a High Court case relying on many of the same issues which was struck out on 8th April 2020 because the IPO decision created an issue estoppel - now the firmly established situation for cancellation actions at the IPO as opposed to opposition decisions.
After sifting through a mass of history from the 1960's Mr Morris held that the residual goodwill in 2005 would have been owned by "the last men standing" (para 105). There were renewed activities beginning in 2006 which had been promoted to some extent by Anglo, the entity that had registered the UK trademark 3129760 shown above in 2015. Where did the goodwill go? Was it new and separable as Anglo contended, or did it continue to accrue to the last men standing. The last men won out and the trade mark was invalidated on a passing off 5(4) ground as well as for bad faith.
Although the band claimed to be a "partnership", it was more akin to an unincorporated association of individuals with no contractual or other arrangements. This followed the finding in the ANIMALS case decided by Mr Hobbs  in September 2013. In this situation of a mere "alliance"the goodwill is left with the last man standing. This principal was elaborated in more depth by Mr Hobbs in CLUB SAIL back in 2010 quoting some of the original band cases (SAXON and THE SUPREMES)
The Band chose not to be legally represented before the Registrar, though they were later in the High Court, after a crowdfunding exercise which billed it as a "criminal case".

There seems to be something about the music industry that prevents musicians creating either a proper partnership or corporate structure. Although even with a corporate structure, it is still possible for departing band members to reconcile themselves to the fact that by leaving they abandon their interest in the goodwill along with their shareholding.
Maybe today's bands and their promoters are more inclined to take professional advice and register trademarks in an appropriate entity. The cost of doing so is very small compared to the agony of these protracted, evidence heavy and distressing disputes. 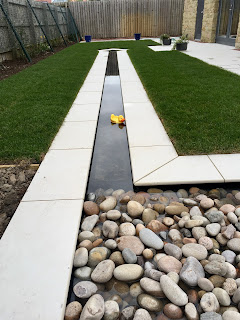 At a time when most of the IP community (apparently not in Sweden though) is in lockdown, it's interesting to see who is adapting best to the new world order. It seems to me that we solos have a big advantage over our larger competitors. Okay work has probably fallen off and you are busy keeping up with the admin and credit control. Nevertheless, organisations that depend on teamwork and the assistance of secretaries, filing clerks and other support staff, are definitely struggling to do the work at home thing. Whereas, for the last 15 years unsupported work at home is what I've been doing so no change there then. Of course, I can no longer go out to the gym or indeed anywhere else except the local Co-op.

I expect everybody has picked up on the freely available extensions of time that the UKIPO, EPO and EUIPO have offered. Just as a handy resource here are the links.
The UKIPO notice stalls time with effect from 24 March and is intending to review things on 17 April.  The EUIPO notice stalls time a little earlier 16 March and takes all the deadlines effectively to 4 May. Wouldn't it be wonderful if on the next review both our major trademark offices could keep themselves in synchronism?

The EPO notice is as you would expect from a patent organisation much more complex. It isn't helped that new EPO fees came into effect from 1 April 2020. The next Official Journal will contain this notice of 30th March 2020 concerning which fee schedule to use. If you're patent colleagues would be well advised to keep a careful eye on the official journal.

Although in the UK the Postal Service is still working, because many people have closed physical offices, there is clearly some issue with post being received. Some parts of the UK IPO still use post and it doesn't appear that they have worked out a solution yet for dealing with that. Therefore, trademarks which have earlier mark right cited on them may suffer some delay in advertisement. Hopefully that will be resolved soon.

No doubt you will have heard that zoom is becoming the videoconferencing tool of choice. Even if you subscribe, it's relatively inexpensive and both young and old who have Internet connected devices seem able to cope with the interface. It's a little troubling that they were sharing data with Facebook and there had been hacking issues (though all the meetings I've attended so far haven't been hacked except by attendees who decided to leave the radio on in the background) so may not be ideal for confidential meetings but it would seem pretty safe to use it for hangouts and even basic webinars. So if anybody is interested in sharing their wisdom to make a proposal below. This is a good opportunity to keep up with CPD and developments in case law. Please post your suggestions or contact me