The series trademark was challenged in a dispute over the GLEE trademark which I discussed here.  Now the Court of Appeal has decided on 25 May 2016 that they are not only valid but also how they should be understood.
The principal Judgement was given by David Kitchin And not unsurprisingly agreed with the UK IPO view on the scope and interpretation of series trademarks. They do not contravene EU law. They are not misleading and being an administrative device to our allow multiple trademark registrations to be secured under one number, there was no need to trouble the European court of justice.

In the original decision by Roger Wyand QC the scope of the series registration was discussed. One of the marks had a colour claim, but being an old registration it wasn't shown in colour. The other, presumably the one on the right was supposed to be in greyscale.

However, the judge interpreted the registrations as if they were one basing himself on the opinion of Mr Arnold QC as he then was in Sony Ericsson (o/138/06) (25 May 2006) that a series was "a number of different manifestations of what is in essence the same trade mark" and therefore any differences must be so insignificant that they go unnoticed by the average consumer. That is they satisfy the LTJ Diffusion v Sadas case.  It is also stated in that judgement (Paragraph 65) that 'monochrome trademarks, all colours'. This we now know is not strictly correct after the adoption of the common communication of April 2014. However, the judge also concluded that he did not see the colour combination as being a part of the distinctiveness of the registered trade mark.

The reason I am writing about this decision is that Lord Justice Kitchin thinks that Arnold J was wrong 10 years ago to impose such a high standard of identity on series marks.  He did not like this approach because it meant that you had to distil from the series some kind of "supervenient" mark with which all the marks in the series are identical. This is far too difficult and certainly doesn't satisfy the test that the graphical representation must be self-contained, clear, precise and readily accessible and intelligible. The easy way out is simply to say that the series of  marks is a bundle of different marks registered under the same reference number. They must satisfy the requirements of the act (Section 41) but they need not be Sadas identical. This is what the Court of Appeal decided.

Accordingly, I am delighted that the very pragmatic and helpful series mark provisions of the UK Act survive and that they no longer need to be examined with the severity imposed upon them by Richard Arnold 10 years ago. 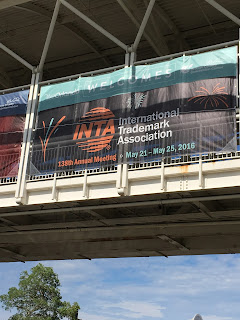 I have just returned from the INTA meeting in Orlando. When I worked for a large firm I had to write a report for the committee that paid the bill. It was never easy. As the meeting gets bigger (attendance broke 10,000 for the first time this year) the possibilities of making fruitful new contacts diminishes. A modest number of meetings with loyal clients makes it worthwhile. I also attend the educational sessions in the hope of education.

INTA is an organisation for trademark owners. Lawyers attend as hangers on, while the owners experience a parallel universe.

What I learned this year:
The best sessions as usual were the surveys of the year's case law from the USA and Europe. The European session had no chair (actually neither did and chairing seems to be a dying art). It would have been useful to manage the interruptions from the floor. Its nice to know that folk are listening, but it loses the rest of the audience.


Either INTA or the speakers do not believe in making slides or materials available. Do you remember the days when you got a lever arch folder full of course notes, some of which were really good articles? I should be able to replay recordings of sessions from the meeting portal but this image is the most common 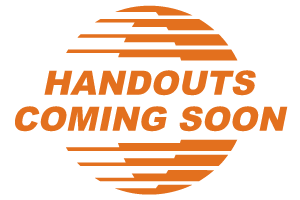 There is a similar one for all the presentations I tried.

Both EU IPO and WIPO gave excellent presentations on Sunday morning - the only crowded room sessions I attended.

Obviously the best reception was the intimate Tweetup which provided an hour or two's respite from the humidity and some genuine human contact. 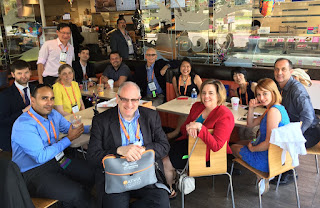