We have European weather from France today. This will probably result in an even lower turnout in the referendum in the south-east though I understand the weather is better further away from the continent.

In the hopefully unlikely event that you hear tomorrow morning that the vote has gone the wrong way (leave), the message is definitely KEEP CALM AND CARRY ON. Although the UK will apply to leave the European Union there will be a prolonged negotiation period and then we will fall out ignominiously after 2 years. Maybe even by then some other countries will have made choices too.

It's never a bad idea for any clients in doubt to have a UK trademark but that's an extra level of security for brands that feel they don't want any uncertainty about their protection in the UK.

As you will be aware, proving use of European Union trademarks has become more hazardous of late. However, I did have a recent decision from the EUIPO which explicitly said they weren't following the UK community trademark court in deciding that even significant use on the UK market without any export trade is not sufficient to maintain an EU trademark. That will be a relief to many but it is only a first instance decision and there is some way to go before we have complete clarity about exactly how much local use will keep an EU trademark alive.

My prediction is that the turnout will be below 40% and that the remain vote will be over 60% of the votes cast but only just. Tomorrow you can rate me as a pollster! 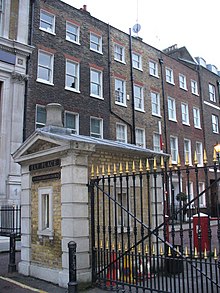 Today 23 June 2016 is also the Feast of St Etheldreda - an event being marked this afternoon in Ely Place with a Strawberry Fayre, catered by the Bleeding Heart. In truly British fashion, in case of rain, you can drink your Pimms and eat strawberries in the Crypt of the church

God Bless England and may she continue to sail within Europe!