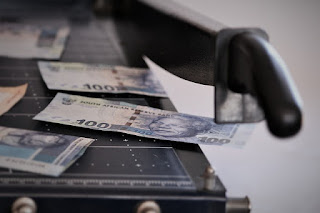 Did you happen to notice that while we were enjoying the Orlando sunshine at INTA2016 the UK IPO put out a new tribunal practice note 2/2016 relating to scale costs in oppositions. Here it is in case you missed it. It's not very exciting. In fact it's almost depressing.

The general principle in the UK is that the winner is reimbursed his costs by the loser. It sounds as if the winner should therefore not be out of pocket. This is not the case. It is sometimes difficult for clients to understand that. In the case of UK trademark opposition proceedings the registry uses a nominal scale of costs which bears no relation whatsoever to the costs that you might be charged by even the most economical of professional advisers.

So costs don't put the winner back in the position he would have been had he not had to fight the contest. What are they for then? I think the philosophy is that they're supposed to act as a deterrent to bringing oppositions. I am ready to be corrected on this if you have any better justification for this irritating procedure. As the practice note explains, they are also available to deal proportionately with unreasonable behaviour. What is unreasonable is a very subjective thing and hearing officers have quite diverging views on the behaviour of some parties. It really depends on the lens that you are looking at it through. If you are facing a bad faith claim it is always unreasonable. If you are making one it is totally reasonable.

Trademark owners now must bring oppositions if they want to stop conflicting marks getting on the register. Although they can do this as litigants in person, it isn't ideal for them or their adversary or the office. Therefore, in the interests of efficient opposition procedure we need to reduce complexity and encourage competent professional participation.

If you commenced your opposition after 1 July the new scale applies to you. This is going to be fun on consolidated cross oppositions. But not such fun because the difference between the two scales is minuscule. In fact the scales are pretty minuscule and strangely remain focused on the largest amount of costs being reserved for the hearing not its preparation. Personally I think it might be a good idea if we either had fixed costs (like the silly scale used by EU IPO were all representation is deemed to cost €300 or €550 in the case of appeal even if the winning party didn't participate)  or none at all.

With Brexit about to happen we no longer have to follow harmonisation rules. Many are useful but the inundation of earlier rights that community trademarks became prevented the UK from giving trademark owners a reasonable degree of protection. We can rethink this now.