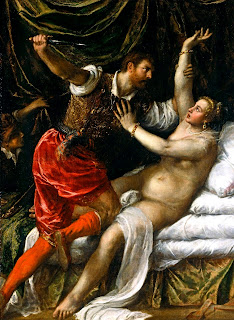 The Intellectual Property (Unjustified Threats) Bill has been making its way through the stages in the House of Lords and has finally been published again in the form in which it has been reported back to the House for its third reading before it goes to the Commons.

This is a bill that deals with unjustified threats of infringement in respect of registered rights and design right. It tries to create a balance between what the owner of the rights can say and those that may be affected by unjustified threats. It also allows immunity to professional advisers who are acting on instructions. This is probably the most important bit.

It only covers patents, registered designs, design right and all forms of registered trademarks. If you own copyright you can continue making unjustified threats without reference to this new law when it is finally enacted. This is perhaps because there was no previous law on unjustified threats of copyright infringment to be amended to bring them all into harmony. In the 2014 report the Law Commission said "We have not been asked to look at threats of copyright infringement, which raise different (and highly contentious) issues."

This page, provided on the UK Parliament website, links to the various stages and documents relating to this Bill (but not the oral evidence I tweeted about).  The Law Commission also has a useful page showing the historical background and consultations that led to the Bill

I was rather surprised when I read the debate on report that there was resistance to indemnifying the professional representatives from a somewhat unexpected quarter - a former patent attorney, Sharon Bowles (as she was when on he register, before becoming a Baroness) . She tabled an amendment that would have required the instructions to be "specific". You can read the discussion in full here. Essentially, like Robin Jacob's evidence, the amendment was meant to probe the risk that some professional advisers might be wayward and that those from overseas who are still exempted if regulated, might not be disciplined by their regulators for taking an aggressive common cause with their client. While there are exceptional cases, the serial copyright infringement threatener (2009-2102), Andrew Crossley for example, it would be unfortunate to lose the protection that is so much needed by the vast majority. Only once have I and my then firm been personally threatened with an unjustified threats action. It did indeed turn out to be fatal to the client relationship even though it was not pursued. Accordingly, I was personally pleased that the amendment was withdrawn after a spirited defence of the underlying principle by the current Baroness who is  Minister of IP. She also took the opportunity to clarify that the indemnified professional advisers include those in employment.