Though the formal title for the Seminar was “WIPO Services and Initiatives” we all know the real title was “WIPO – What (More) Can It Do For You ?”.

One thing WIPO certainly provided is a memory stick with 6.54 GB of free space - along (of course) with the 168 slides used in the course of the Seminar and much information besides.

Not wishing to spoil things for those who will be meeting WIPO / IPO in Glasgow tomorrow (and those who may soon benefit from in house seminars following from the London Seminar), there follow nine slides which were of interest to the writer (with reasons) : 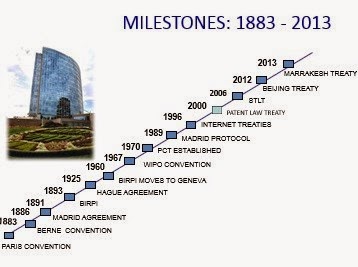 (2) WIPO - Present Times : It’s also good to be know that WIPO isn’t a static organisation but one that is embracing challenge 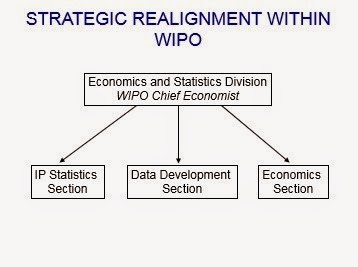 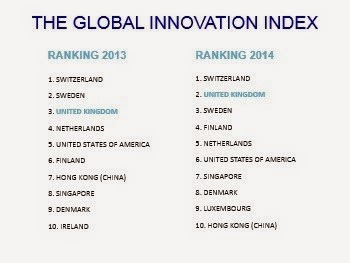 4) Patents : if I were a Patent Attorney there might be more about patents – but it’s good news for WIPO that the PCT market share (top part) is increasing 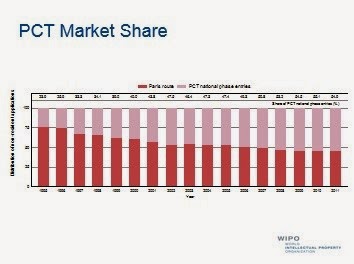 (5) and (6) Designs : If I were regularly involved in Design Registration there might be more about designs. As it is – pending the UK government going forward with joining the Hague Convention – it’s the case that a “User” can apply directly to WIPO (per (5)) and, as the UK is a Member State of the EU (the Top Filer per (6)), it would appear that filing at WIPO under the Hague Convention is already an option ! (though you can't tick the UK box yet and those you can tick are not as exciting as they hopefully soon will be) 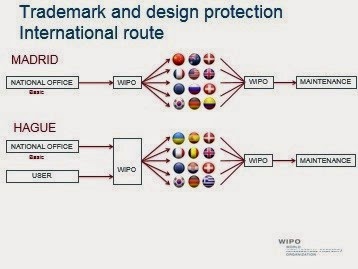 (7) WIPO – Resources : Probably the part of the Seminar that had the greatest impact on me was the reminder of the many research tools now available on the website at www.ipo.gov.uk (Really Sally its the so much more snappy https://www.gov.uk/government/organisations/intellectual-property-office ) 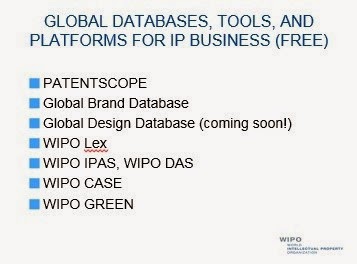 (8) WIPO – Resources – Trade Marks : As a Trade Mark Attorney, it was good to be reminded in particular of the “ image “ search tool that can be found on the Global Brand Database 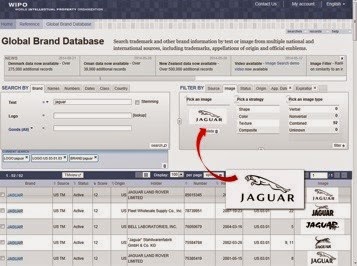 (9) WIPO – Alternative Dispute Resolution : This is clearly an important part of WIPO’s work (even if some of us have, to date, only encountered services offered by WIPO in the context of disputes about Domain Names). It’s perhaps trivial to end with this slide suggesting “Model Clauses” but – in the alternative – maybe taking the pain out of drafting will result in more persons / firms / companies / other entities remembering what WIPO can offer should a dispute arise ? 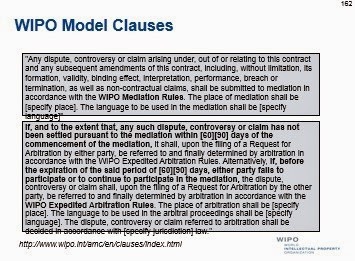 Poof says the Duck I am glad you didn't post all 168! but for those who couldn't make it there is always the 24hour WIPO website http://www.wipo.int/services/en/