He who pays the piper dresses the worst

"Does How You Dress and Look Impact Your Career?" is the title of a LinkedIn Pulse post ("A Must-Read for Jeremy") which, since I received it, has probably been received by most if not all of the readers of the SOLO IP weblog. Thanks to the growth of the social media and the increasing level of informality that attends even formal intellectual property events, I need to dress up less often and, when I do dress up, I do so less smartly. 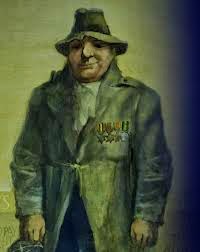 My feeling is that there are different standards within intellectual property. On the whole, practitioners in the field of trade marks and branding tend to turn up to meetings looking pretty smart and spruce -- and those who deal with IP in the fashion sector are particularly well turned-out.  Copyright lawyers are more likely to be a lightly rumpled, couldn't-care-less version of 'smart casual', while patent folk are those who are least likely to be confused with those who practise the art of sleek, smooth professionalism.  Indeed many look as though they have just stepped outside their garden-sheds for a breath of fresh air and a chance to blink in the unaccustomed light of the sun ...

Within the different skills sets offered within IP there are divergent clothing codes too.  Patent attorney litigators and solicitors often seem better turned out than the somewhat scruffy and threadbare patent bar (do some barristers have a 'lucky suit' which they favour in court, only discarding it when it falls apart or when it has become so shiny that the judge can see his face in it?).  Those involved at the hard end of licence negotiations are dressed for the comfortable end of smart if they're sensible, since they don't know how long it will be before they get the chance to change them.

At the wrong end of the spectrum are the clients.  On the basis of "he who pays the piper calls the tune", many of them turn up looking as though they've taken their fashion cues from the Pied Piper. Or am I being unfair?