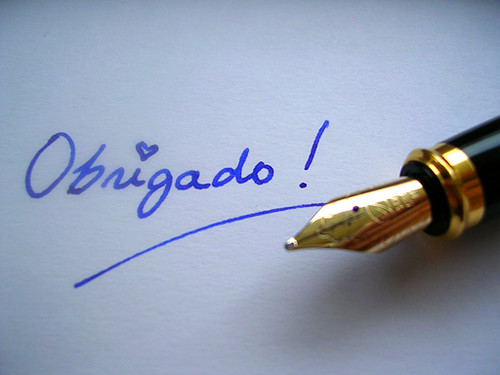 It is the season for writing thank you letters so now that the holiday season is drawing to a close, I was thinking of writing a SOLO thank you letter to OHIM for the challenge of their new website.
It was a great idea. We applaud the concept of electronic business. Some of us may have dusted off the fax machines and given up the unequal struggle of finding the right button to press to record or pay or limit or surrender our client's marks. Nevertheless there are some smart error trapping reasons behind all those buttons. You cannot oppose an International mark too soon  or partially surrender a pending application. You can now submit your Grounds of Appeal and taking over representation is simplicity itself. So for the result we thank you.

I am sorry that despite the long holiday period from 24 to 31 December announced in 2013 and today 1 January 2015 more recently announced,  that someone or something was still working. Over the dies non I have received alerts, search reports, renewal confirmations, notices of advertisement and the dreaded surveillance notices. None at least on 25 December so at least some holiday may have been observed.

It would be nice if 2015 saw some stability so we can get to grips with using it without things changing under our fingertips. 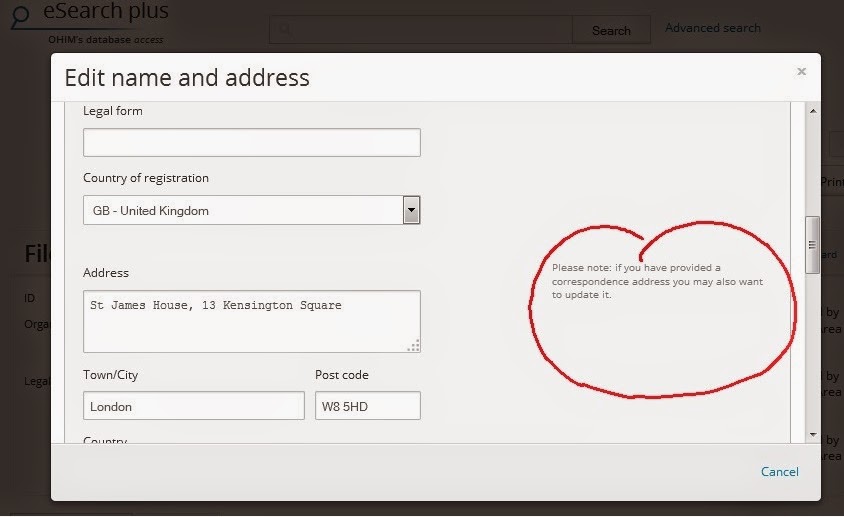 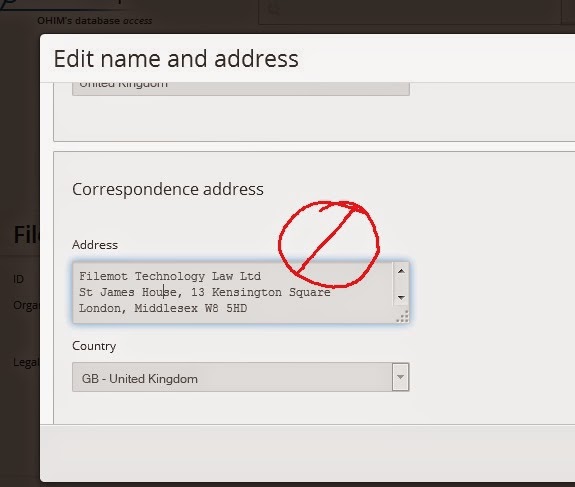 One of the bugs that annoys me is this. I want to edit the name or address of one of my owners and that helpful little message comes up that I have circled. It says "Please note: if you have provided a correspondence address you may also want to update it" but does it let you? No. Sucks boo, the correspondence address stays greyed out as does the Country of your address, whichever address that might be. Its been frustrating me for a while now but its not something I want to phone the customer support line about. I just leave the correspondence address. Its a bit of a legacy anyway now that the applicant is using e-comms and a representative.

It is fairly unusual for a company to want to use an address in another country, but it can. Since we have a European Union you might expect a company occassionally to want to run its business from elsewhere in the Union. While in the UK, our law requires a company to have a registered office address within the country of incorporation, the trademark does not need to use that address. I suggest to my clients that they do, but some prefer to use their business address instead.

It seems that OHIM regard a change of country as a transfer but of course the transfer department do not see it that way and will not record a change of address on a transfer request. So sorry to bore those of you who have never had a client who wants to trade from another country, but this seems to be the most convenient way of  raising my concern.

Maybe "Owners" is one of the areas that the IT team are still working on. Mysteriously the number of Owners now in my User Area is much depleted. Ah you see OHIM loves to keep us on our toes. Lets just hope they keep moving in the right direction during 2015.