Sally Cooper digresses on moving in the social media and you thought she was already pretty expert on this! 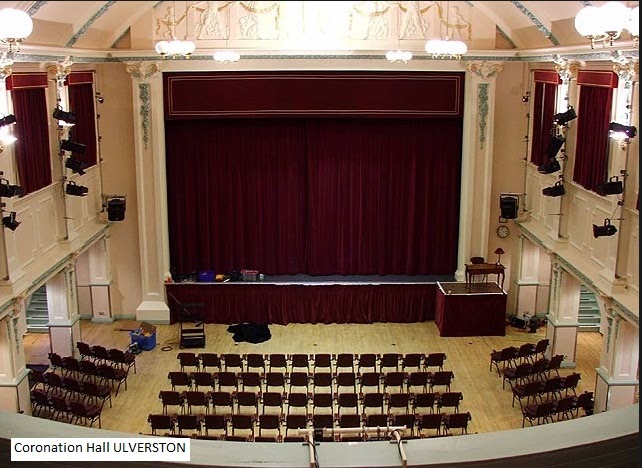 The background to this note is comment made by a speaker at a Business Event in 2014 at the Coronation Hall in Ulverston (being a market town between Barrow and Kendal and birthplace of Sir John Barrow (1764) and Stan Laurel (1890)). With other speakers, he took the theme of a hotel in Ulverston wanting to attract attention to itself : “Think of your website as your building viewed from the outside. Think of Facebook as the exchange with the client that happens at a Reception. Think of Twitter as the chat with the waiter or waitress at breakfast the following morning: “Did you sleep well? Got any plans for today?””.  The Duck says you can think of it like that but some of even my tweets tend to have rather more influence than that

Whenever I begin to feel lost in social media, I remember this comment and it helps “position” whatever new service I’ve come across (and might want to use).

In fact, I decided to take advice from the local “social media guru” : I asked him (a) to look for my office on the Internet and provide me with a list of results, and (b) to work through this list with me to see what changes should be made. The list (in order) provided the full results of an Internet search for SALLY COOPER
In terms of moving office, this was the core information I needed.

The “full results” search was surprisingly helpful in giving a check-list. As every business should, I search my business name from time to time and, whilst I’ve never engaged in (for example) search engine optimisation, I generally find SALLY COOPER : Trade Mark Attorney easy to find. I’m used to saying “I’m not the artist or the musician” and it doesn’t worry me that the artist / musician / Trade Mark Attorney swap places from time to time in search results for SALLY COOPER. A task for 2015 is to repeat a “full results” search and see where changes may still be needed. (The Duck says what about the actress and the occasional hit to this blog please)

So far as website is concerned, I’ve always taken the view that there’s no shortage of information on trade marks generally (and registration of trade marks in particular) on the Internet so the website is “where to find my office” rather than “what my business has to offer”. My regular account when asked how new clients find me refers to (a) the website of ITMA, and (b) the IPO passing on my telephone number in answer to enquiries, and (c) contacts built up over 30+ years of being a lawyer of one sort or another. I’m reminded of the accountant who attends networking events wearing a cricket shirt with “12” on the back. He explains that no-one he meets is ever looking for an accountant – but he’ll be there whenever he’s needed. The update of the website is underway !

I think the order of LinkedIn / Twitter / Facebook is right for my business. It was certainly very simple to review what appeared on LinkedIn and update where necessary. My social media guru took me through procedures for sending a personal message to all LinkedIn contacts to advise of new details but (shame to say) I’ve stuck with simply making changes / relying on these becoming available to anyone interested searching SALLY COOPER.

Facebook is – for me – very much a “friends” place rather than a “business” place. But, having said this, a lot of the people who are Friends on Facebook are people I’ve worked with (or still work with). It’s certainly the case that posting a “moving underway” message when the final day came (and the keys to home and office were handed over) attracted a lot of welcome attention – and a lot of encouragement and good wishes for 2015 !