The Secret World of CTMR Article 82

As an OHIM professional representative, you will be familiar with the rather handy piece of the CTMR which provides for a get out of jail card (not free, but €400) in case you have overlooked some but not all time limits and spot the problem within two months. Its called Continuation of Proceedings (and sometimes Further Processing)  and unlike the fancier titled "Restitutio in Integrum" of Article 81 requires no confessions to be made or excuses given. Its use was explained by a Communication of the President 6/05 in September 2005 soon after it became available as Article 78a in July 2005. The Manual Part A Section 1 has been updated with the right references since.  The strange thing about this provision is that OHIM have determined to keep its availability secret.  No hint is ever dropped that this might be a good idea. In many ways this is fair enough but I have recently encountered a situation where for the second time, this secrecy has made me look like a scammer. Let me explain.

OHIM will accept an application from an applicant who is required to be represented and they will take and keep their fee. However the first thing such an applicant gets is a notification that they must appoint a representative within two months. When OHIM introduced this practice in 2010 I posted an offer to help out anyone in this difficult position. As a result a (very very) small number of intrepid cash strapped applicants come my way from outside Europe. I usually act promptly so all is well, but if it takes them a while to find me or it took a while for the communication to reach them, I may be late. Now having put my name on the register and checked the communications I may discover I am late. Usually the suppliant does not send me the fax they have from OHIM. When I find out, I tell the  applicant that it is going to need a fee of €400 to get the application back on the road. Sometimes I may just mention a few other problems with the specification or representation that may make it more desirable to file again.

Coincidentally the sum I mention is probably a similar sum to what he may have been quoted by less generous representatives in his earlier attempts to get a representative on the cheap. Ah ha he thinks just another money maker. He can check the register online and he sees the application now has a representative and is happily shown as pending. All must be well. I have nothing from OHIM to say they are unhappy. That's the secret bit. They simply wait two months and a bit and click it over to refused. They are €900 to the good for one fax. This is a great way of funding the Observatory. 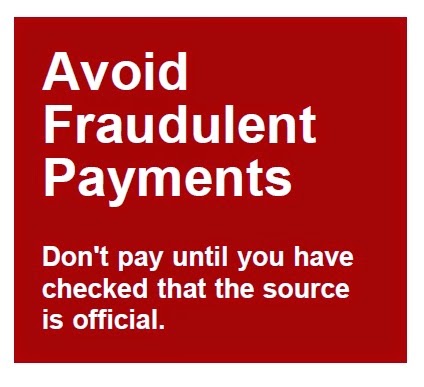 Now you can't blame the applicant for thinking I am a rip-off merchant. He has maybe already had some directory offers  and even OHIM warn you about unsolicited invoices. I have nothing to send to the applicant to justify my position and show that the source is official. Since I am not being paid, I do not have much of an incentive to do anything more than explain the position to the hapless applicant and leave him to decide how to proceed.

Is this fair, what do you think? With so many out of Europe applicants and their representatives attending #INTA14 in Hong Kong, perhaps some of them may raise this issue and why they need representation once they have filed.